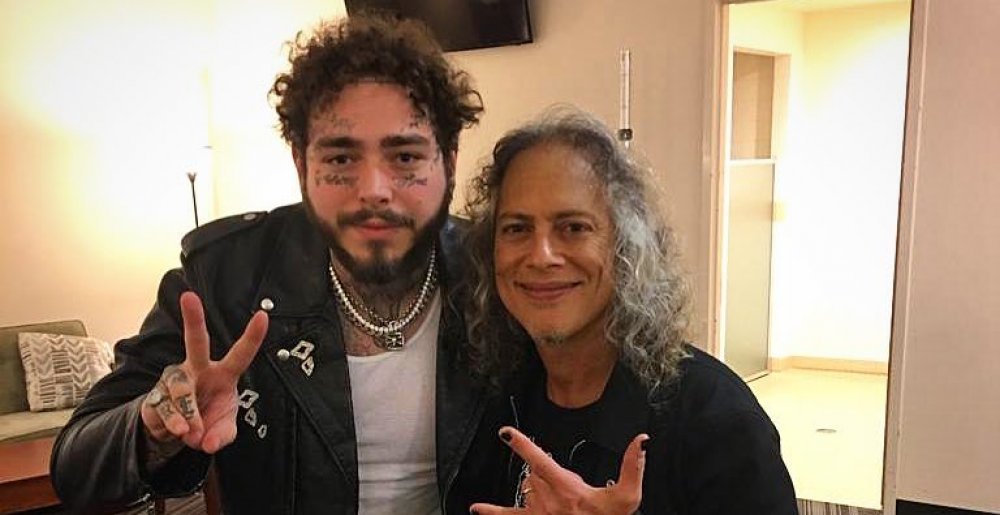 Rapper Post Malone has more than proven his metal cred over the years. From his pre-fame time in a metalcore band called Ashley’s Arrival (video), to his pals in Power Trip and Gatecreeper, his love of Nekrogoblikon, the smash hit he released with Ozzy Osbourne a video he posted of himself showing surprising composure on the guitar and a jam with Jared Dines, the dude’s for real: he loves metal!

His next venture, if a teaser posted by his manager is to believed (and why wouldn’t it be?), is a new song called “Motley Crew.” No umlauts and no altered spelling, but we can only assume the title is at least a small reference to the band (lest we forget the phrase “motley crew” had meaning before the ’80s band coopted it).

Unfortunately for us, the song doesn’t sound rock-based at all… it’s more of a typical Post Malone number. But that’s OK if you’re into that sort of thing! What’s more, footage in the clip is from an unspecified movie shoot, so Posty fans have that to look forward to as well.

“Happy Birthday my brother Post Malone,” it read. ​“I tell u all the time you are 1 of the realest Americans I ever met!! So of course your day is today! This week we celebrated by shooting a MOVIE!! I’m excited to finally announce new single Motley Crew dropping Friday! Full project with Concert Doc coming real soon!”

Get ready for that on Friday. In the meantime you can watch the preview clip below.

The racing-themed video features a number of other cameos as well.

Metal Sucks Greatest Hits
0 -
What is the best subgenre of metal?? *please read*
0 -
Why There Will Never Be Another Metal Band as Big as Metallica
0 -
Rigged: Jeff Loomis
820 -
Rigged: Dream Theater’s Mike Mangini Takes You Through Every Piece of His Mega-Drumkit [Part 1]
0 -
Ten Reasons Why Record Labels Are Still Important
0 -
Rigged: Testament Guitarist Alex Skolnick