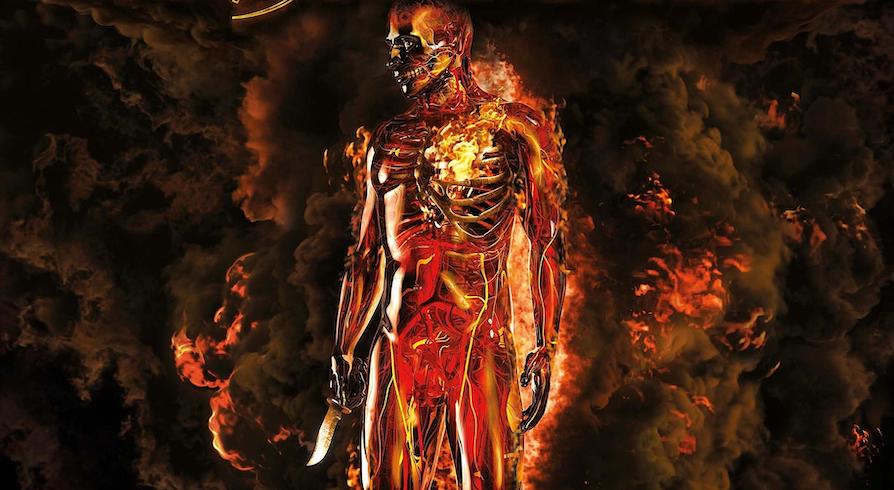 Last we heard from Swedish brain-pummelers Meshuggah was the release of the gorgeously cinematic video for “The Abysmal Eye,” their first single from their long-anticipated new album Immutable. Now, the band have dropped another single, and it’s definitely a little peppier than its predecessor.

You’ll hear on the new track, “Light the Shortening Fuse,” exactly what some stodgy fans are being dramatic about — and what some, shall we say, pit-centric fans are feeling excited about — when it comes to Immutable. The song still has a beat that you can’t QUITE headbang to, but the riffs are all very groove-chuggy and fat-assed. Things never go full non-Euclidian as the band throb forward steadily, even with the occasional moment of wide-horizon prog influences. It’s not Meshuggah as some old-school fans know them, but it’ll definitely excite those who wish the band would focus more on the punch than the backflip, so to speak.

Check out “Light the Shortening Fuse” below, followed by the album art and tracklisting.

Meshuggah’s Immutable  comes out April 1st via Atomic Fire, and is available for preorder.

According to guitarist Mårten Hagström:

Metal Sucks Greatest Hits
750 -
Anthrax vs. Axl vs. Anso: The Worship Music Double Review
0 -
What If Metal Album Covers Were Truthful?
0 -
The Best Metal Albums of 2013, As Chosen by Metal Musicians Themselves — Part I: Machine Head’s Robb Flynn
0 -
I, For One, Welcome Our New Robot Overlords
0 -
The Top 25 Modern Metal Frontmen: The Entire List in One Place
450 -
Free Download for Your Listening Pleasure: NYC Sucks, Volume 1, Featuring The Best of New York City’s Metal Scene