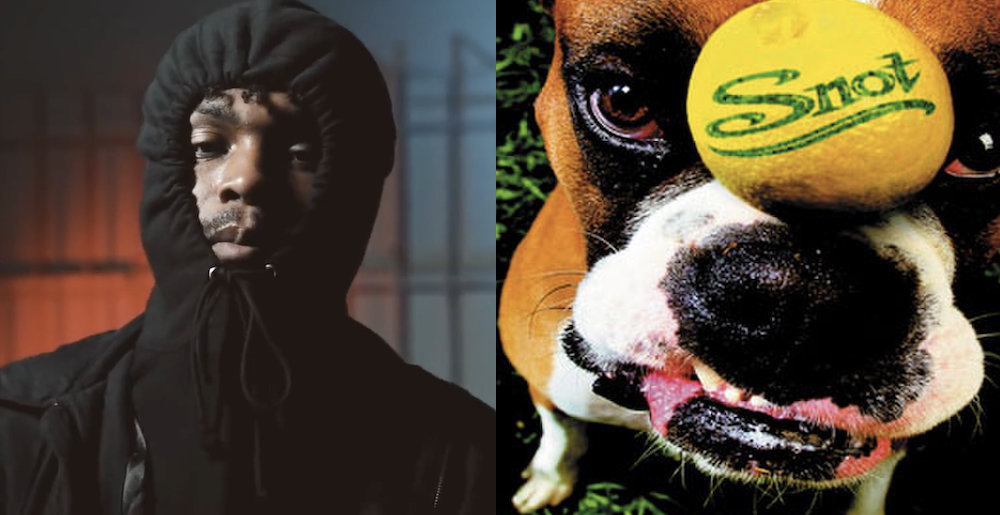 $not by Shotbyjojo, via Wikipedia.

This weekend, we reported on Snot guitarist Mikey Doling lashing out at Limp Bizkit frontman Fred Durst for bringing a rapper named $not out on the band’s upcoming tour, and at the rapper himself for having a similar name as the band. Our thought was that Durst might literally have thought he was getting Snot on tour with him…but at the end of the day, since Snot’s famous singer Lynn Strait has been dead since 1998, it didn’t really matter. Now, $not (the rapper) has responded, and his take is 100% what he should have said.

For those of you who don’t remember, Doling made the following comments to Fred and $not:

“Limp Bizkit just posted [dates for] a new tour, and they are taking this rapper kid named $not on tour with them,” he continued. “And I wanted to say to [Limp Bizkit frontman] Fred Durst, if you see this video, how dare you, man? You were friends with Snot. Snot loved you, man. You came onstage with us and performed. Lynn [Strait, deceased Snot  frontman] went on stage with you in Boston. And you know the incident I’m talking about. We were friends. We shared drinks, stage, music [and] all that, and all these years later you take an artist named $not on tour with you? What the fuck is that, man? Bullshit.

“So, yeah. I had to address it. That’s my two cents. And to that fake $not kid — [extends middle finger] right there, brother. There’s only one fucking Snot. Get some.”

How did $not respond? With the following statement:

“This actually ridiculous. Old man mad about my name.”

Which is perfect. It’s exactly how he should have responded.

Of course, the first comment down is someone claiming that $not is unoriginal when compared to metal bands like Snot…except here’s the thing, there was a band named S.N.O.T. before Snot came around. They were a hardcore act from Texas, formed in the ’80s. ‘Snot’ is a common enough name and concept that acting like this kid is unoriginal for using it just makes you look like a clown.

On the other hand, we will say this: Snot could argue that this is deceiving fans into thinking they’re on the tour. A nu-metal band touring with another artist with a similar name as a famed nu-metal act could be called false advertising or something like it. That said, this he-said-she-said bullshit is doing a good job of differentiating the two.

Finally: maybe this is a marketing ploy! Maybe Durst got a lot of questions about $not, so he called Doling and they orchestrated fake beef in order to let audiences know the difference. We have no evidence of this whatsoever, it’s just a thought.

Anyway, good luck to $not on all his future endeavors. You can see him opening for Limp Bizkit at one of the dates below: