Metal Sucks
Metal Sucks 15 of the Most Metal Pop-Punk Songs of All Time Jason Richardson Says Getting Fired from Born of Osiris Was...
- Tweet SHARE
Enlarge
Br00tal-lists 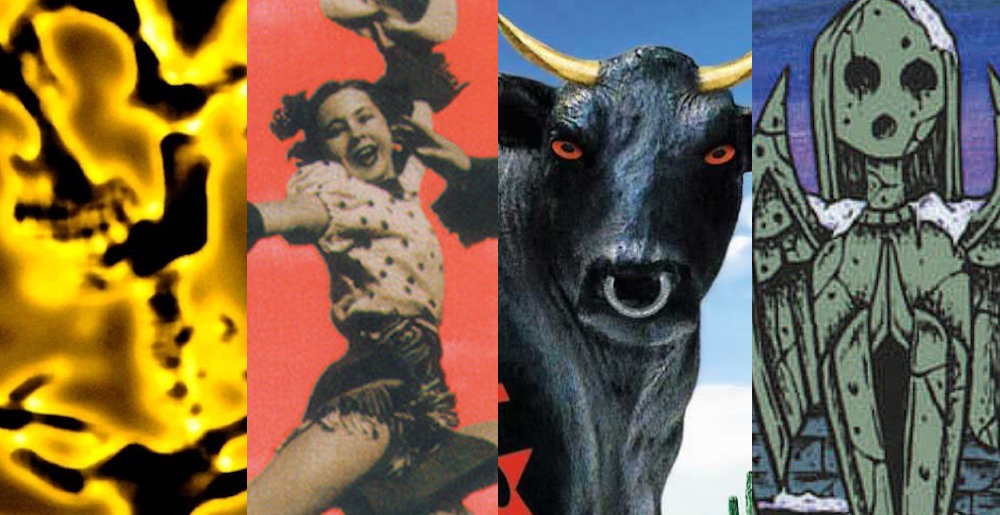 15 of the Most Metal Pop-Punk Songs of All Time

Much like nu-metal, it appears that pop-punk is back in action. Rock’s Self-Appointed Savior has topped the charts with his own take on the genre, leading millions to start claiming that they were always down with Good Charlotte. Now, as pink hair dye, pink guitars, and slip-on Vans become cultural icons instead of relics, one can’t deny that the genre has found new footing. It’s like nu-metal, only more vulnerable and with its lip piercings in different places.

For old-ass metalheads like this author, who lived through pop-punk’s breaking wave, the genre’s revival is a double-edged sword. On the one hand, we got to see how bloated and self-absorbed pop-punk became, so as with nu-metal, we’re wary of its resurgence. On the other hand, pop-punk was a huge part of traditional metal’s revival, with the ironic-yet-devoted musicians of the genre touting Slayer and Maiden as much as Crass and The Misfits. A lot of that cross-genre appreciation was reflected in the music, too, with plenty of pop-punk bands shredding their way into metalheads’ hearts with surging riffs and moshing rhythms (plus, all the nu-metal kids were doing GHB and shit, and the pop-punk kids had beer).

Here are 15 pop-punk songs that even metalheads can enjoy…

Were The Offspring the great unsung thrash band of our time? When we posited that on our Twitter, folks got real grumpy, but “Genocide” suggests that we’re right. This track is a buzzsaw-riffed ass-punter, getting across the infuriating truth about society in a way that makes you want to skip around a room. Every chorus’ kick is a cause for body-slamming someone’s antique furniture.

2000’s The Art of Drowning might have been the last time one could call AFI truly punk, but man, the hardcore moments on this record definitely bring the speed and rage. “Catch a Hot One” might be the record’s underappreciated classic, buried as it was in the tracklisting. The song’s riffs are menacing, its momentum is flawless, and its lyrics about exploiting pain have a bloodthirsty poetry to ‘em. This one shows you how to shine.

“The Bouncing Souls? Those New Jersey moochers?!” In less than a minute and a half, the Bouncing Souls let you know that they’re more fun than other bands. This punk rager about eating all your fucking food while on tour is something that any stoned headbanger can appreciate and sympathize with. Whatever happened to sharks on thrash covers?!

Sure, it’s one of the band’s big singles, but “Still Waiting” is definitely an example of Sum 41 proving that their metal love was true. That opening, the shouted-sung vocal dichotomy, the fills leading into the chorus – it all fucking slays, and gives one that roller-coaster-drop sensation that any good metal song should. Proof that this band weren’t just doing the ironic metalhead thing, which was sadly a huge phenomenon during their heyday.

Plenty of the songs on NOFX’s epic Punk In Drublic have metallic potential (the Shai Hulud cover of “Linoleum” is a classic). But that opening riff of “Lori Meyers” has a beautiful minor-chord pain to it, and the song’s double-sided lyrics about a dude trying to save a girl he once knew who doesn’t need saving (sung by the late Kim Shattuck of The Muffs) present a dark kind of nuance. It’s a weird spin on Iron Maiden’s “22 Acacia Avenue,” as though Charlotte The Harlot kicked Bruce out after he said, “You’re coming with me!” White knights, fuck off.

Two words: GANG VOCALS. “Bro Hymn” is a track that’ll get every drunk in the room WHOA-ing at the ceiling like a total dumbass. But that doesn’t mean the song isn’t killer, as its lyrics are surprisingly uplifting for a bar-burner. Definitely one of the inclusions on this list which punks will argue doesn’t qualify as ‘pop-punk,’ but it’s hard to argue that Pennywise, and this song in particular, didn’t influence that scene.

First of all, you gotta love a song with a chorus of, “Broken glass and razor wire!” Those aren’t just pretty words, either – Dillinger Four’s frantic anthem has a scraped, salty, agitated energy to it. Sure, it’s not exactly hardcore, and they go hard on the shimmery riffs in their pre-chorus, but the crash and bounce of the refrain is fucking priceless, and will strike a chord with plenty of metalheads. Some music should just punch you.

Bomb the Music Industry!, “Congratulations, John, on Joining Every Time I Die” (To Leave or Die In Long Island, 2005)

“Congratulations! Go stretch your ears and get a neck tattoo!” Jeff Rosenstock’s love letter to his bandmate who (he thought had) joined Every Time I Die is a beautiful distillation of a gut reaction we all understand. That and the song’s rabid tempo make it metal in a frenzied, Mike Patton-ish sort of way. Plus, you can’t go wrong with a track that boasts a chorus of, “NICE GOING, ASSHOLE!”

Let’s be real, this is the true sleeper gem of Dookie. On the one hand, it’s punk as fuck with its mosh-rodeo tempo .On the other, its total sense of contempt and break-everything speed give it a thrasher’s excitability. And come on, that drum fill before the final chorus is absolutely fucking rad, no matter what genre you listen to. A Green Day song that could inspire a full-on circle pit? We’re down.

Everyone wants to draw a hard line between early 2000s metal fashion and the emo-goth-pop punk fashion of that time. But come on, there was a crash of red stripes and coffin outlines on both sides, and no one did that like Alkaline Trio. “Time to Waste” kicks off 2005’s gothed-out Crimson with a flurry of shreds and a big, chugging chorus that is as bounceable as most nu-metal hits. And that pause before the word “KILL?” Damn, son, hide the cutlery.

The thing about Bigwig‘s “Smile” is it illustrates what led punk to emo at the turn of the millennium. This is a really driving punk rock song, and it comes with a powerful wall of sound, but its heart is on its sleeve and dripping everywhere. In that respect, “Smile” can give you a moment of personal reflection while still feeling grounded and a little hardcore. If it feels really blue-collar and earnest, is it still emo? Emo fans, let us know. In the meantime, the band did a rad-ass cover of Slayer’s “War Ensemble” that you should check out.

It’s hard to act like blink-182 were ever that metal, if only because their guitar tone has never really sliced. But “Lemmings” features the band’s ‘serious’ side at its most insistent and punchy, before they were looking so far inward as to get introspective and emotional (ew, right, my metal brethren?). The chorus of line of, “I only ask for what is mine!” is kind of thing a ferocious crossover act would bellow at a crowd.

While My Chemical Romance‘s The Black Parade was not an album metalheads would be caught dead listening to when it first came out, we’ve since learned that many of those metalheads were just making sure they didn’t caught. One can hear the influence of the morbid folk rant that is “Mama” on metalcore acts for years after it hit the world’s collective eadrums. Ice Nine Kills certainly come to mind, with the track’s deranged showtune vibe creeping into their horror worship. Like Metallica’s “One,” but with a lot more Liza Minelli.

We know Anti-Flag is another band that punks will crow about being labeled as “pop-punk.” But their music was definitely a vital part to the patchier side of that genre, and anyway, they’re so infectious and bouncy, it feels like splitting hairs to exclude them. That said, “Got The Numbers” definitely brings a rancor that metal fans can appreciate. So many punk songs feel hollow in their tear-it-all-down message, but this one makes you think that it could be fun to, you know, tear it all the fuck down!

Making a pop-punk cover of a Duran Duran song metal – that takes work. But buoyant punks Goldfinger did it, adding a riffy drive to this ’90s pop hit before breaking into a full-on classic metal section. Then they shout out Dio by name. Because they’re fucking committed.

Sponsored Links from Across the Internet
Show Comments
Related Articles
Metal Legacies 0
Metallica Are the Most Successful Touring Metal Act of the Past 40 Years
August 2nd, 2022 at 1:30pm Em Shadows