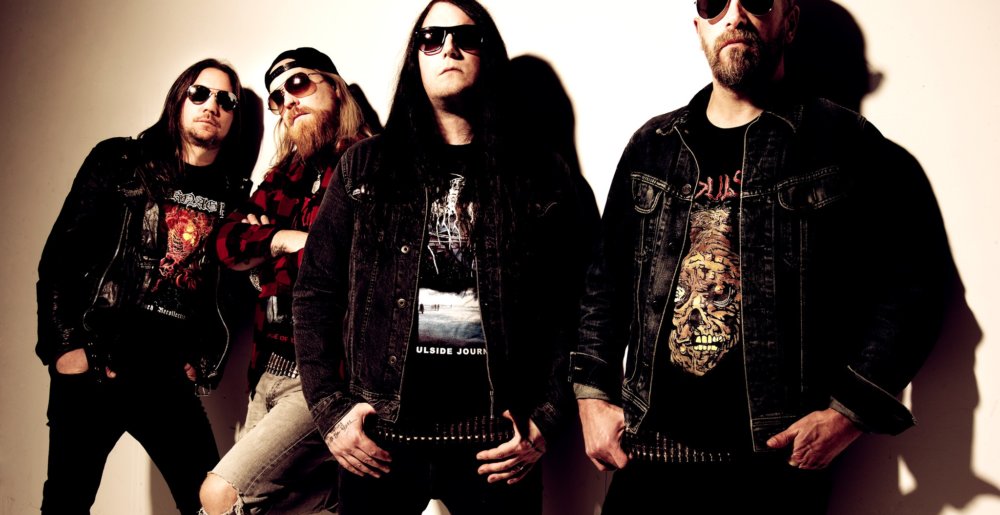 Aw, bummer — it looks like death metal supergroup Bloodbath won’t be making it to the States this summer. The band have released a statement below, citing visa issues (classic) as the problem.

Here’s what Bloodbath told their fans:

“First of all, this is an announcement we hoped we would never have to make…But now left in anger and frustration, we are unfortunately forced to postpone our North American tour and our appearance at Maryland Deathfest, yet again.

“Despite applying for our visas over seven months ago (a process that should take three), they have still not been processed in time due to reasons beyond our control. We’ve done absolutely everything we can to try and salvage this bullshit and make this tour finally become reality, but we have to accept our fate at this point, that it will simply not happen.

“Given that this is the third time this tour has had to be postponed, we both feel and share your disappointment, but we assure you that despite the hardships associated with this tour, we have not given up and consequently will reschedule the dates as soon as we’re able to rid the bureaucracy and lift this curse of delusion.

“Until then, stay safe and stay strong and we hope to see you all sooner than later. Refunds for all the club shows will be available from your point of purchase.”

This sucks a bunch, but what can you do? We wish the guys well, and hope they get over here soon. They aren’t the first band to get screwed over visas, and they won’t be the last.

We’ll see if MDF busts out an awesome last-minute replacement. Meanwhile, the following dates have been affected:

Sponsored Links from Across the Internet
Show Comments
Related Articles
New Stuff 0
Bloodbath Get All Up in Your Face with Their New Video for “Putrefying Corpse”
September 23rd, 2022 at 11:44am Hesher Keenan

New Stuff 0
Bloodbath Drops a New Lyric Video for the Single “No God Before Me”
September 7th, 2022 at 4:06pm Hesher Keenan

The song has the entire album before it, though.