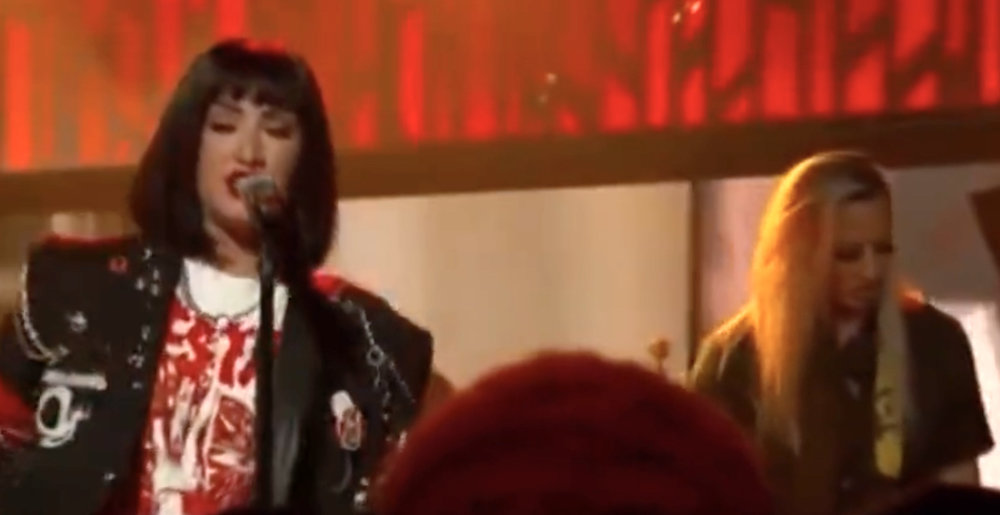 Glam went pop(pier) earlier this summer when news broke that Alice Cooper guitarist and all-around shred wizard Nita Strauss was leaving Cooper’s band to join up with Demi Lovato. From what we can tell, it’s all good between Cooper and Strauss, with her saying the door could even be open in the future. Unsurprisingly, the peanut gallery masquerading as comments sections worldwide had plenty to say, good and bad.

In a recent interview with Guitar World, the interviewer mentioned seeing generally positive feedback for Strauss’ new opportunity. The guitarist said she hasn’t seen the same positivity but is looking on the bright side—and being an essential member of Demi Lovato’s band is already pretty bright—regardless.

“You and I are looking at different social media feeds! It is what it is. In a way, I feel very cared about – people are so protective of me and my career that they want to weigh in on my decisions [laughs]. If people didn’t care, they wouldn’t say anything. I’m choosing to look at the bright side of things. I’m very excited about the opportunity. I haven’t been to Brazil to play a gig since 2017. I can’t wait to crush these shows.”

Strauss continued, discussing the possibility for herself and her bandmates to be an inspiration to a future generation of musicians.

“And it’s not just about me, it’s an amazing all-female band: Brittany Bowman on the drums, Leanne Bowes on the bass, Dani McGinley on the keys. If we can reach this next generation of passionate and intense fans, and inspire them to play music, isn’t that a wonderful thing? They might pick up a guitar or bass, try out drums or see Dani on keys and think, ‘I could do that!’ Some of these younger fans might not have been reached through a traditional rock show.”

It’s not just the kids who Strauss and company are reaching; while speaking about other instances of pop stars and virtuoso guitarists, Strauss told the interviewer she’s been giving Lovato guitar lessons.

“Demi has been taking lessons with me since we started rehearsals. She’s playing an Ibanez on stage and really going for it.

“She’s a total metalhead. I’ve been quoted saying that a lot and it’s true. We did the first gig only a few weeks ago in Springfield, Illinois. I walked past a dressing room and could hear somebody listening to Megadeth, and it was Demi. There she was, getting ready for the show.

“She’s not trying to fool anyone with air guitar or any kind of act; she’s finally being her genuine self. It’s a big move for Demi, you know? She had a very safe pop career that she didn’t need to mess with but she chose to step out and play the music she loves.”

In the end, though, Strauss says she thinks Lovato has always been a rocker:

“You can hear a rock fan being put into a pop genre. Even as a teenager, she was writing lyrics like, ‘Who said I can’t wear my Converse with my dress?’ It was her saying, ‘Let me be me and let me rock!’ Now she’s just turned 30, she has a lot more say in her career choices and style of music. It’s exciting to be a part of bringing that vision to life.”

In other Nita Strauss news, she released a single with guest vocalist David Draiman last week.

It’s a shredder, for sure.