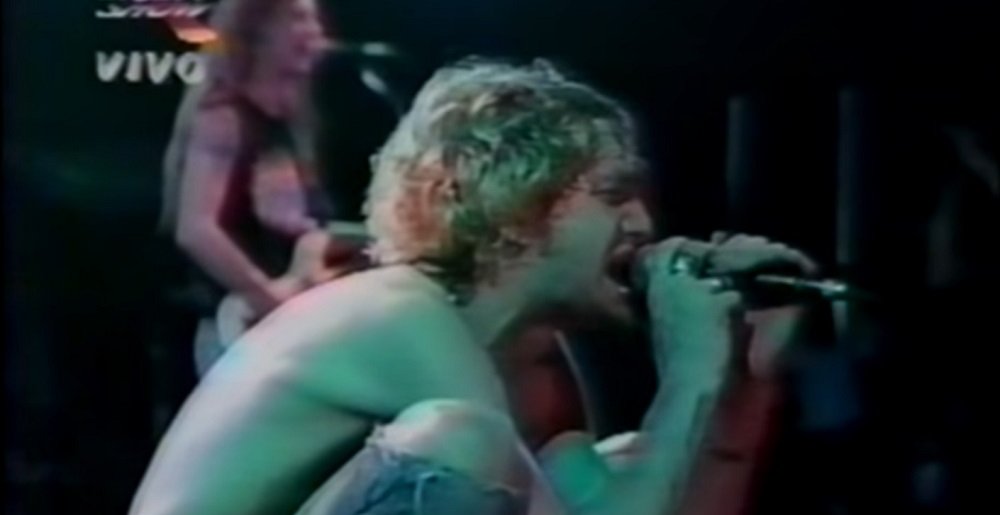 Classic Concert of the Day: Alice in Chains at Hollywood Rock in Rio de Janeiro, Brazil on January 22, 1993

This past weekend, we saw the return of a band that most people that was completely lost to time, as Pantera took to the stage and paid tribute to the late Vinnie Paul and Dimebag Darrell. They played, it rocked, and the world continued spinning.

Yet it got me thinking about bands that lost significant members and either continued soldiering on or who left the public eye for some time before coming back. Sure, there are plenty of examples of this sort of thing happening, but the one that kept coming to mind was the great Alice in Chains. For years prior to his death in 2002, Alice in Chains were on again, off again as late singer Layne Staley battled and repeatedly lost to his demons. He was a firebrand frontman with a wicked voice in a band that was on top of the grunge scene. Then the drugs and excess caught up to him and the world lost yet another young, talented man too soon.

Yet in 2005, Alice in Chains came back with William DuVall taking Staley’s place. I remember that time very well because I was not unlike all you Pantera tribute haters today. “It’s not Alice in Chains without Layne.” “This is such a cash grab.” I was mad because in my eyes, the band was that classic combination of Staley and Jerry Cantrell. But they played with DuVall and while it’s not the same, it’s still faithful to the original songs. I never got to see AIC live with Staley, but thanks to them getting back together, I was able to hear “Love Hate Love,” “Got Me Wrong,” and “We Die Young” in person. It was killer.

To celebrate the life of Layne Staley, I’ve selected their 1993 show at Hollywood Rock in Rio for this week’s Classic Concert of the Day. It’s pro shot and features some deep cuts and massive hits. It’s also reportedly the last time bassist Mike Starr played bass for the band before being replaced by Mike Inez.

And while there’s already massive backlash concerning Charlie Benante saying he could see them writing new Pantera songs, don’t forget that AIC have put out multiple post-Layne albums and they’re all great. It’s all been done before and will be done again. Take a chill pill and see how things go.

Dam The River
We Die Young
Them Bones
Would?
Love, Hate, Love
Junkhead
Godsmack
Bleed The Freak
Put You Down
It Ain’t Like That
Hate To Feel
Angry Chair
Man In The Box