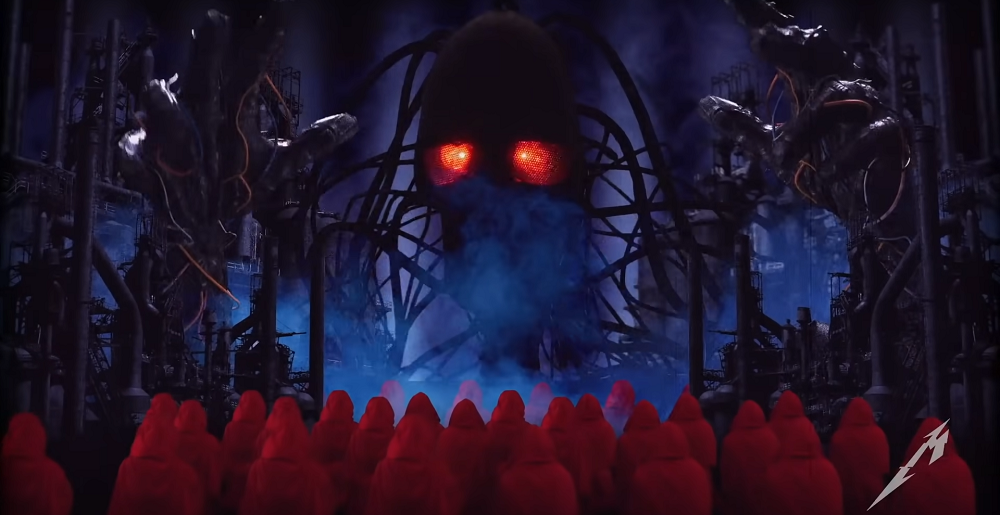 Well, fuck. I knew this day would come, but continued fucking around with artificial intelligence has led to many of us finding out, so thanks for that. Now we’ve got AI making music, creating art, and thanks to the folks at Louder and the creators of ChatGPT, we now have a completely AI-written music review.

The topic? Metallica’s 1986 album Master of Puppets, of course. According to Louder’s Fraser Lewry, the AI was given two prompts: the first was to write a favorable review while commenting specifically on the late Cliff Burton’s contributions to the song:

“Master of Puppets is widely considered to be one of Metallica’s greatest albums, and for good reason. The album is a masterpiece of thrash metal, featuring complex guitar work, pounding drums, and ferocious vocals. But one aspect of the album that often goes overlooked is the incredible bass playing of Cliff Burton.”

“Burton’s bass playing on Master of Puppets is nothing short of extraordinary. He masterfully uses the bass to anchor the songs and drive the rhythm, while also adding his own creative flourishes and solos. His playing is both technically impressive and emotionally powerful, and it’s a key element of the album’s overall sound.”

“One of the standout moments of Burton’s bass playing on the album is during the song ‘Orion’, where he takes centre stage with a breathtakingly virtuosic solo. His playing on this track, and on the album as a whole, showcases his incredible talent and solidifies his place as one of the greatest bassists in metal history.”

“Overall, Master Of Puppets is a must-listen for any fan of metal, and the bass playing of Cliff Burton is a crucial part of what makes the album so great.”

The second prompt provided to ChatGPT was to write an unfavorable review of the album while focusing on Lars Ulrich’s drumming.

“While Master of Puppets is considered a classic album by many fans of Metallica, it’s not without its flaws. One aspect of the album that is often criticised is the drumming of Lars Ulrich.”

“Ulrich’s playing on the album is often described as simplistic and uninspired, lacking the complexity and skill of other drummers in the thrash metal genre. His performances on songs like ‘Battery’ and ‘Leper Messiah’ are particularly underwhelming, with repetitive, basic patterns that fail to elevate the music.”

“Additionally, Ulrich’s decision to use a lot of triggered, artificial-sounding drum sounds on the album has aged poorly and detracts from the overall listening experience. This is particularly noticeable on tracks like ‘Master of Puppets’ and ‘Damage, Inc.’ where the drums lack warmth and punch.”

“In short, while ‘Master Of Puppets’ is an important album in the history of Metallica and the thrash metal genre, the drumming of Lars Ulrich is a weakness that holds it back from being a truly great record.”

I mean, come the fuck on, man. When I first heard this had been done, I wasn’t scared, but now? All because you fuckers had to go around teaching AI how to do things, now we’ve got computers making pretty solid critiques about one of the most important metal albums of all time. “Ulrich’s playing on the album is often described as simplistic and uninspired, lacking the complexity and skill of other drummers in the thrash metal genre” is the kind of criticism I’d hope to read in an actual review written by an actual person. I’m not sure there were programmed, artificial drums on the original recording though, so it’s definitely pulling from more modern criticisms.

I’m not going to pretend I know how all this shit works or how viable it really is as a means to create content for a website, but all I know is I’m suddenly a Luddite and if I ever see a physical embodiment of this artificial intelligence doo-hickey, I’m gonna go all “Office Space” on its circuit board needing ass.

If you want to read a little deeper into the eventual demise of your favorite metal bloggers and journalists, head over to Louder to see some of the other prompts they ran the AI through.