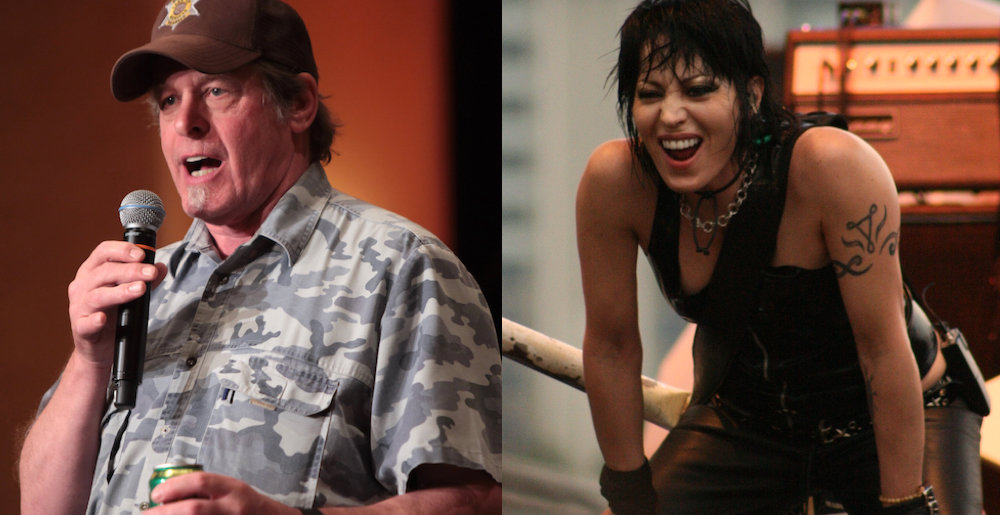 Joan Jett: “Ted Nugent Has to Live With Being Ted Nugent…That’s Punishment Enough”

We wouldn’t count ourselves among the biggest Joan Jett fans in the world, but we certainly love the shit out of the Joan Jett music that we know. Joan was hugely influential on punk rock and metal during their formative years, her big singles go off like dynamite at the bar, and she’s never succumbed to some polished, suburbia-oriented, CD-sold-at-the-checkout-counter-at-Starbucks-ass bullshit. All that said, given the amazing burn she just tossed out about right-wing crackpot and heartless scumbag Ted Nugent, she’s quickly become one of our favorite artists.

Speaking to NME, someone brought up Ted’s recent criticism of Joan’s recent inclusion in Rolling Stone‘s 100 Greatest Guitarists of All Time. Jett’s response:

“Is that his implication… hat he should be on the list instead of me? Well, that’s just typical — it’s what I’ve dealt with my whole life, being written off. Ted Nugent has to live with being Ted Nugent. He has to be in that body, so that’s punishment enough.”

“He’s not a tough guy. He plays tough guy, but this is the guy who shit his pants – literally – so he didn’t have to go in the Army.”

Ungh. Dana danaaaa. Joan, we salute you. We will always be here to watch you flick the bird at ignorant shitheels.