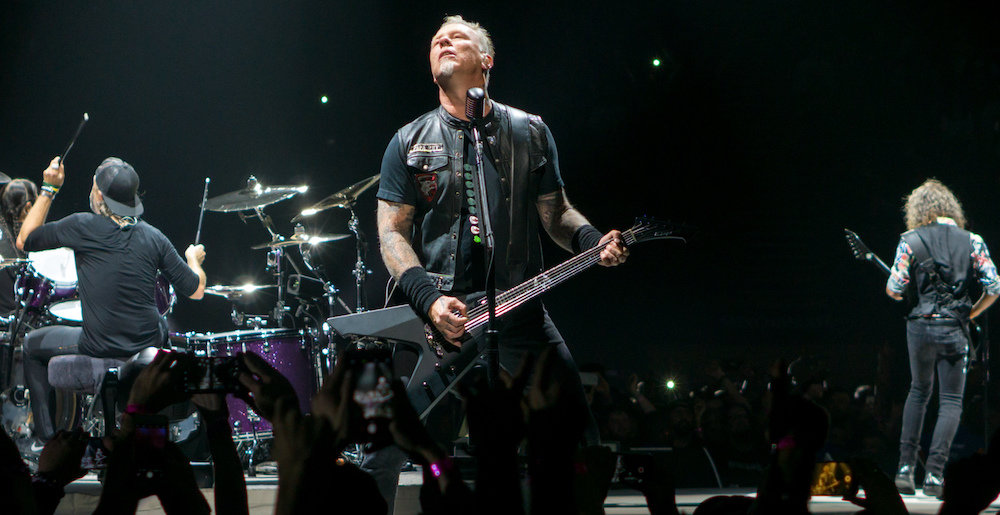 Metallica in London via Wikimedia Commons

Metallica Broke the Internet, Chad Kroeger Said Some Things, and More Top Stories of the Week

What an absolute whirlwind of a week, huh? From the sudden Metallica announcements, to Nickelback being literally everywhere again, to acquitted child killer Casey Anthony rocking out on stage with Steel Panther, we’ve had a mess of bangers over the last few days. Sometimes, poetry just writes itself, really.

And that’s not everything! Yesterday was the Pantera tribute’s first show, so we’re waiting on baited breath to see how that turned out. (Please be good. Please be good.)

So as we wait to kick off the new year with maybe some other bombshell bullshit, check out the updated Spotify playlist, scroll down for our top 10 stories of the week, and catch up on the rest on your own time. Or don’t. I’m not your dad.

NOT A DRILL: Metallica Have a New Album Coming Next April, First Single “Lux Aeterna” Out Now

Seriously F*ck Your Wallet: Metallica Ticket Packages Can Cost as Much as $7,000

Charlie Benante on Upcoming Pantera Shows: “I Wouldn’t Want To See Anybody Else Up There But Me Doing This”

These Are the Metal Bands Nickelback Think They Could Cover

Metal Sucks Greatest Hits
400 -
Danzig is Just Cleaning Up His Motherf*cking Bricks, Bitch
0 -
Phil Anselmo on Hearing the End of Pantera’s “Hollow” for the First Time: “I Was Floored…”
0 -
This Dude Sounds EXACTLY Like Layne Staley
0 -
Heavy Metal Kitten Covers
0 -
Give a Heavy Metal Valentine’s Day Card to Someone You Love
250 -
Worst Year Ever: All of Our 2011 Year-End Sh*t in One Place