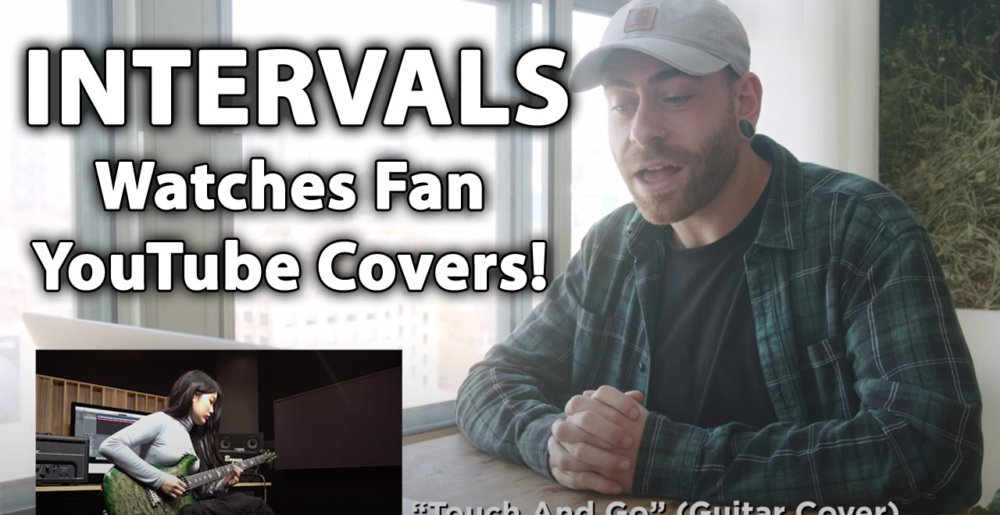 Intervals, aka Aaron Marshall, released its new album, Circadian, last Friday, November 13 (order here). What better way to celebrate than to get Aaron to watch and react to fans covering his songs on YouTube? No better way, of course!

Unsurprisingly given the technical nature of Intervals’ music, YouTube is full of some very, very talented players choosing to take on his tunes, including some from the new album and fromall throughout his catalogue. Have a look at his reactions below!

Viral Vomit 0
Your Favorite Cover Artists Toyah and Fripp Are Back with “5 Minutes Alone”
September 4th, 2022 at 2:33pm Hesher Keenan

The first single is a John Cafferty & The Brown Beaver Band cover.