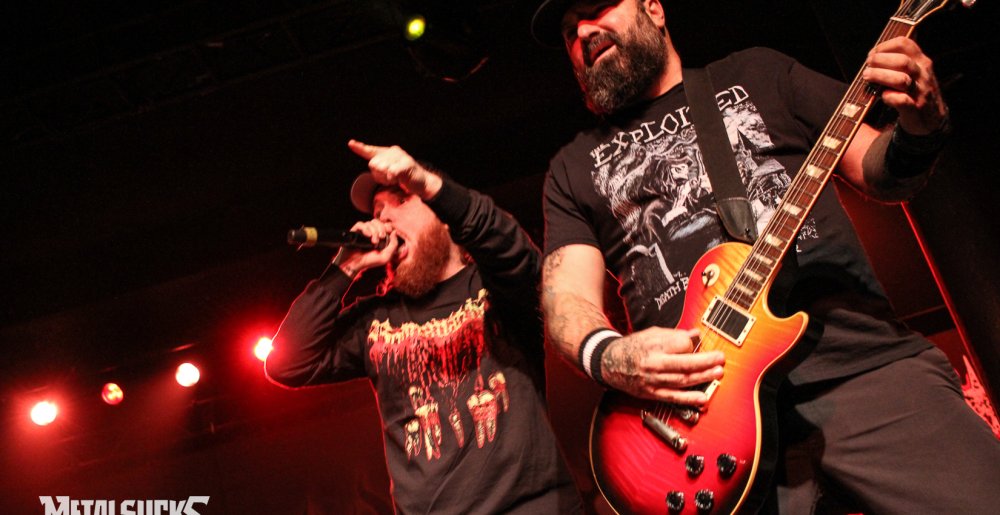 Misfits Forced to Cancel Their New Years Eve Gig, Creed Once Lip-synced a Halftime Show, and More Top Stories of the Week

So, how are we all feelin’ after a couple days of ritualistic engorgement and the capitalistic slaughter of our bank accounts at the altar of savings? Satiated? No? Well, we’ve got a whole cornucopia of metal news, interviews, features, and more to shove down your gullet this Saturday.

From Rammstein releasing a ridiculously cinematic music video to Dave Mustaine absolutely and mercilessly dunking on Lars, this past week’s got some real interesting reads. If you’ve missed out on some of our posts, or want to relive the glory days of this past Tuesday for some reason, we’ve got you covered.

We’ve also updated our weekly Top Tracks playlist on Spotify with music by Cosmic Reaper, Currents, and more. That way, you can listen to the music that drove MetalSucks while you drive.

On This Day 21 Years Ago, Creed Lip-synced Their Way Through A Halftime Show

Rob Halford Says Playing with K.K. Downing at Rock Hall “Felt Like He Was Always There”

Worst Week Ever 0
The Black Dahlia Murder Will Continue, James Hetfield Was Booed for Mentioning St. Anger, and More Top Stories of the Week
September 17th, 2022 at 10:00am Hesher Keenan

Looking back on the week that was.

Catch up on the week that was while you enjoy a nice BBQ or something.

Metal Sucks Greatest Hits
0 -
David Lee Roth on Van Halen Brothers: “We Have Always Hated Each Other”
0 -
David Hasselhoff’s “True Survivor” Music Video Just Broke the Internet
0 -
A MetalSucks Exclusive: Return from The Graveyard — King Diamond on His Near-Death and New Life
0 -
It’s Official: There is Too Much Slayer Merchandise
0 -
Elvira Defends Rob Zombie’s Munsters Casting: “Sheri Is Freaking Adorable as Lily Munster”
220 -
Hey Guys, Did You Know That Virgin Steele are From Long Island?