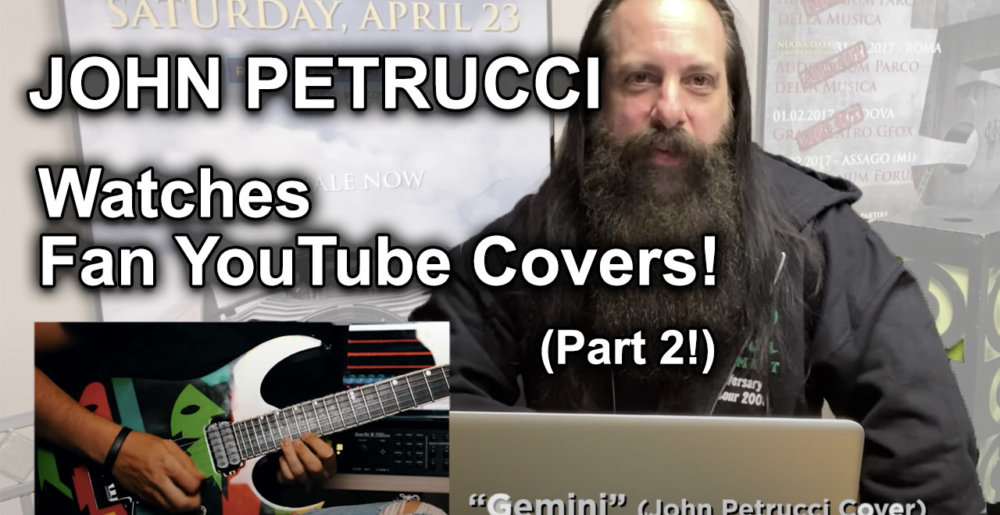 He’s baaaack! The video we shot with Dream Theater guitarist John Petrucci two years ago — in which he watched fan covers of his music on YouTube and offered commentary — has proven so popular (2 million views and counting!) that it sparked an entire series with other metal musicians, now numbering a couple of dozen. So we went back to the source for more and shot another one with the Trooch: all new covers, all new commentary!

Since Petrucci has released new albums with Liquid Tension Experiment and his own solo material during that timespan, we made sure to include plenty of those songs in addition to fans covering his work with Dream Theater. And, as usual, there are some amazing renditions of his music out there, leaving Petrucci and his beard quite tickled.

Metal Sucks Greatest Hits
1,3240 -
Wes Borland: Still Cool In Jakarta
0 -
For $16,000, Ted Nugent Will Stay the F*ck Away From Your Town
0 -
It’s Official: There is Too Much Slayer Merchandise
2760 -
Who Are The Top Ten Lyricists?
2860 -
What is the Best Christian Metal/Hardcore Band???? [you’re moshing 4 Christ]
0 -
Drummer Mark Castillo Receives Cochlear Implant, Quits Emmure